Let me preface this entire post by saying that typically, this family is not big on eating at places like Applebee’s.  Also Applebee’s has not paid me one red cent for this, I just thought that you all might be interested in this.

In Applebee’s defense, they are not the only offender – but eating out can often lead you down a dangerous path, dietarily (and budgetarily) speaking.

Neither of those words, dietarily or budgetarily is a technical word, but go with me here.

So we don’t eat out a ton because there are a few dangerous points there, especially since my husband and I really try to stick to a clean, healthy diet.

So back to my original sort of point, we don’t usually do Applebee’s but over Christmas, one of our relatives gifted us an Applebee’s gift card, so we decided to go there one date night two weeks ago.

Austin teased me about it in the days leading up – he knows how into food I can be, and it made him giggle that finding something on the menu to eat without sabotaging a full day was stressing me out a little bit.

So I did a little pre-research and decided that I might try something called the “Pub Diet,” an entirely new, beautifully photographed section of the menu. 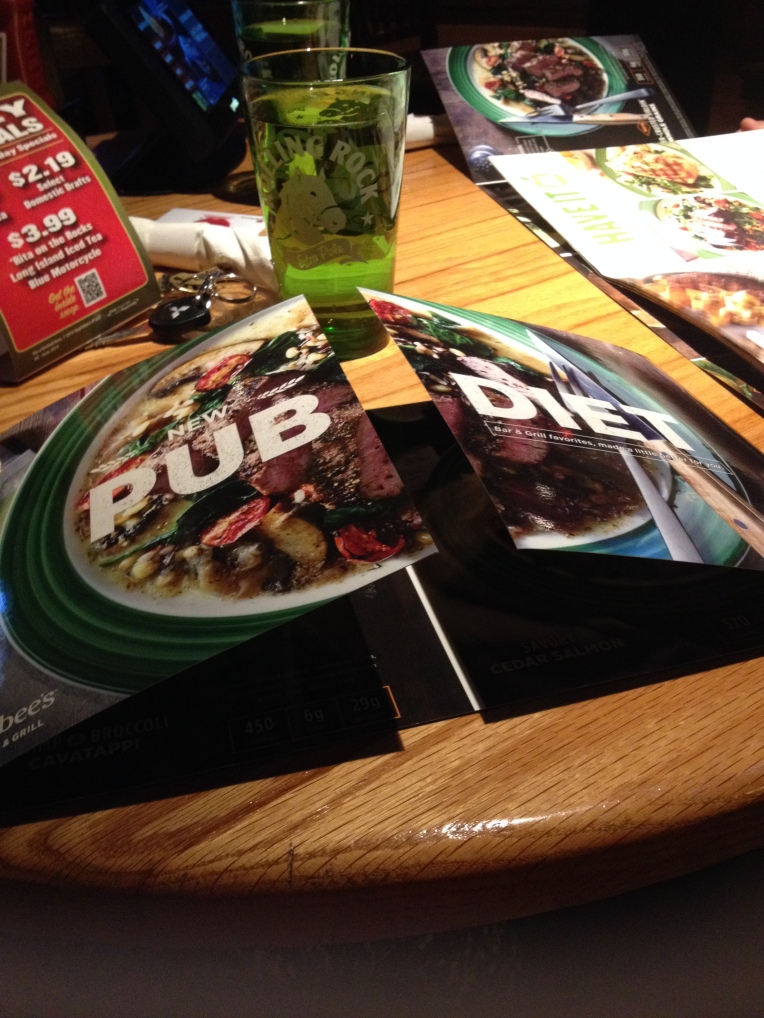 I went ahead and made my pick…. 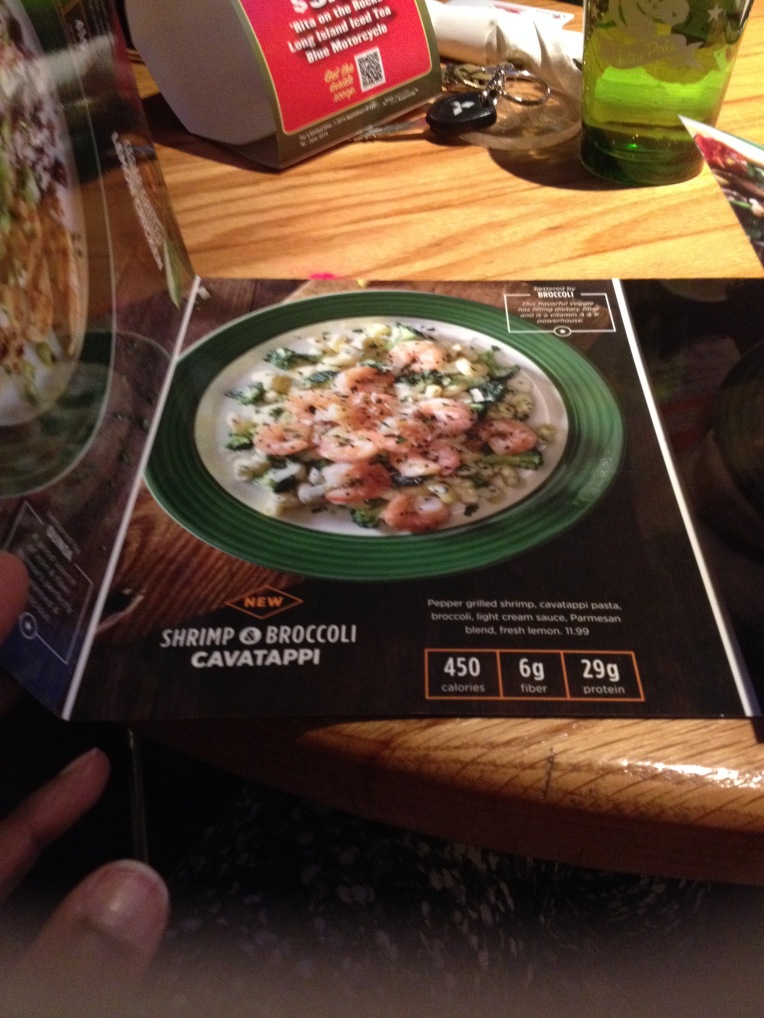 And Austin had to sabotage EVERYTHING and order some bottomless chips and salsa, which I shamelessly indulged in.

And this is what it looked like when it came out!

And very delightfully and surprisingly, this dish off of the Pub Diet menu wasn’t bad in the least!

Because I stuffed my face with some chips, I definitely made sure to split the entree in half, and I saved the other half for lunch the following day, but I was really surprised at how good it was.  I even remarked to the server at how good it was, and she said that a lot of folks had felt the same way.  Interestingly enough, she also said that sometimes, after folks ordered it, they threw a little fit because it doesn’t come with a bread stick or anything.  But sorry folks, the point of a lower-calorie, higher-protein option is NOT so that they can throw a bread stick in.

I’m no nutritionist, but when folks ask me about eating out, I typically steer them far away from chains – but I would say that the Pub Diet is a winner in my book.

If/when you eat out, what is your go-to place?