I was singing in the office the other day, and someone said “You should audition for one of those American Idol shows!”

Funny enough, I had.

Spring of 2011, I was standing outside one of my grad classes.  I’d heard that the show that produced my lady-love, Leona Lewis, was coming to the States.  I sing, and I’d never auditioned for anything of the kind.  I wasn’t sure I was good enough, and I certainly didn’t have an interesting story.  But why not? 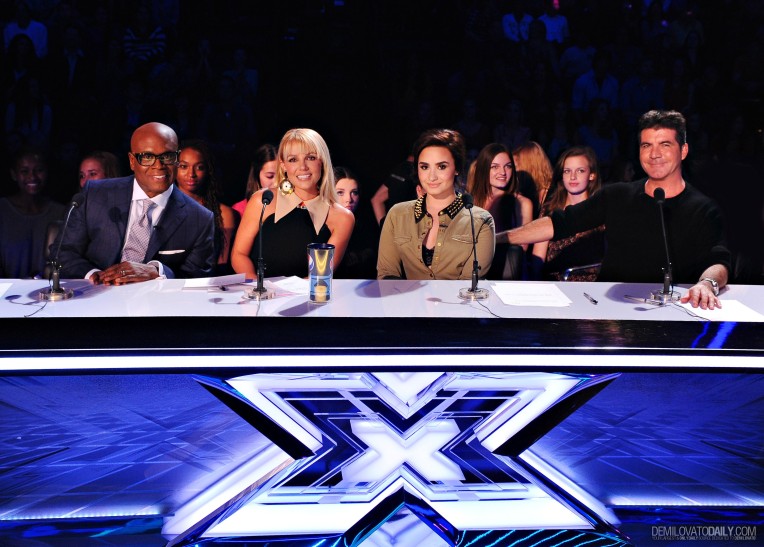 So that night, after class, I packed up my car, called my cousin, and headed to NEW JERSEY, an almost 9-hour drive, the closest city to me, to audition. Let me tell you about this process.

I drove all night in my fringed boots and cut-off shorts, not anticipating that Jersey was a good 20 degrees colder than Carolina. I listened to the BBC, the only thing that came on NPR that time of night, and arrived right around 6 am. And the line was already long. This wasn’t a line to sing, either. It was a line to get into a building to get a wristband to sing the next day.  I waited outside for hours in the cold – luckily I’d changed in the car, and parked on a Newark side street before I’d gotten out to wait.  I shivered for 6 hours next to a mother and son duo who were under the assumption that they were the next Osmonds.  And finally I got into the building, and donned my wristband until the next day, where I’d sing for “judges”.

The next day was a little warmer, and I made my way back to Newark, the happiest city on earth.  (Eh).  This time, the wait outside was short, and I headed into Newark’s surprisingly nice Prudential Center, where I waited, and waited, and waited.

First off, the sheer volume of delusional weirdos that audition for these things is peanuts.  There was the woman in the baseball uniform.  There were those people who felt the need to showcase their “talent” in order to make you feel inferior.  Except like a good 90% of them couldn’t sing.  It was really confusing.  So I spent the day making new friends, and quietly (I was actually quiet) observing the thousands of strange birds the audition brought out.

If you were under the illusion that there were any actual judges, you’re wrong.  I was herded down to the floor with my row to see tired, cranky, and unsmiling producers.  Which I get, I mean, I’d be sad too if I’d heard thousands of delusional folks singing their little hearts out.  So I close my eyes, and belted some Whitney.

“Do you have your other song prepared?”

I started singing the Stevie.

“Thank you. You’re through.”

And like that, they handed me a “golden” (yellow) ticket (piece off paper) and ushered me through to the bowels of Prudential to fill out a packet of paperwork.

The next day went the same, but a much smaller group.  I sang for more producers, was ushered through, where finally, I sang for a British dude and his Fox cameras.  They told me they’d contact me, and like that, my incredible New Jersey adventure was over.  I was cut after that round, but dang, what a ride!

You thinking about auditioning for a show?  Be prepped for a wonderful, delightful, and ridiculous experience like this one.

4 thoughts on “That time I auditioned for X-Factor.”