^^Anyone who knew who this group was before I shared their colorful video with you, please stop by, cause you got 10 points for Gryffindor.

Anyhoo, Happy Sunday.  As you read this, I’m enjoying brunch and a heavy does of day-drinking with some friends in honor of Austin’s 28th, plus we are sending some friends off.  They’re moving to South Carolina 😦

I will take loads of pictures of the brunch, which will include some Southern things so those of you reading from like, Canada will understand why the South has a serious problem with our weight.  Yeesh.

I have 2 issues I want to bring up.  And I’m not trying to be a complainy-no-friends, but both of these things are really needling me, and I need like, someone to rub my back over it.

1.  I am seriously looking for a summer bikini, and I’m overwhelmed.  I tried to go to the mall today, to Victoria’s Secret since my soon-to-be stepmother-in-law got me a giant gift certificate to VS.  It took me approximately 15 seconds to start to feel really overwhelmed with how overly perfume stinky the store was, and then I just turned around and got a diet lemonade and left.  But if anyone has any really good suggesions for a bikini, please send them my way, because I need one as it’s been 90 degrees at least every day here for the last week and a half.

2.  Secondly, I am sick and tired to DEATH of the coffee shops here in Raleigh.  Last week I was blogging from this hispter coffee shop in Raleigh from the outside, and was totally grossed out by how much cigarette smoke was out there.  Honestly it made me feel cranky and sick, and I totally hated it.  Today, I went back there, asked for two Splenda in my coffee, to which the barista pointed at a pile of Splenda across the way, but refused to put it in my cup before she brewed the espresso in it.

I’m sick of paying four bucks for a coffee to vicariously smoke a cigarette that makes me feel nauseated and have people be really mean to me.  I want to open a coffee shop one day I think.  Now that day won’t be fore 10 billion years, but I’d kinda like for it to happen and I will actually me nice to my customers and ask that smokers smoke not on the patio so that people can like, chill.

What are you up to on this balmy Sunday?

Oh, and please don’t forget to vote for me to be your cover chick!

We’re here again, at our Sunday social.  I love talking all about myself (duh, it’s why I blog), so here are today’s social questionesss.

1. 5 songs you’ll listen to the rest of your life.

4. 5 things you always carry in your purse

What’s a book?  Seriously, between these pets, my wedding, and this blog, I am still trying to get through ‘Run Like a Mother’.  Lord help.

But you really have to forgive me because I was running and doing a lot of stuff this weekend.  Forgive me?  Okay so in case you forgot, I’m linking up with Neely and Ashely for their Sunday Social.  Which is coming to you on Tuesday.  Whatever, whatever, I do what I want!

Mmkay, so here we go!

1. What was your best birthday?  My best birthday would have to be my 20th, because I tagged along with my dad to go to New York City.  He took me and my cousin, who’s gonna be one of my bridesmaids, to a show, to sushi, and to a comedy show.  It was SO fun, and when we got home to New Jersey, my Auntie Denise made me a homemade red velvet cake with cream cheese icing.

2. What was your best vacation?  What’s a vacation?  Let me know when you find out 🙂 No, just kidding – I think one of the trips that I took to DC recently has been a fave.  I stayed in the Westin in Georgetown, and that place really made my trip. 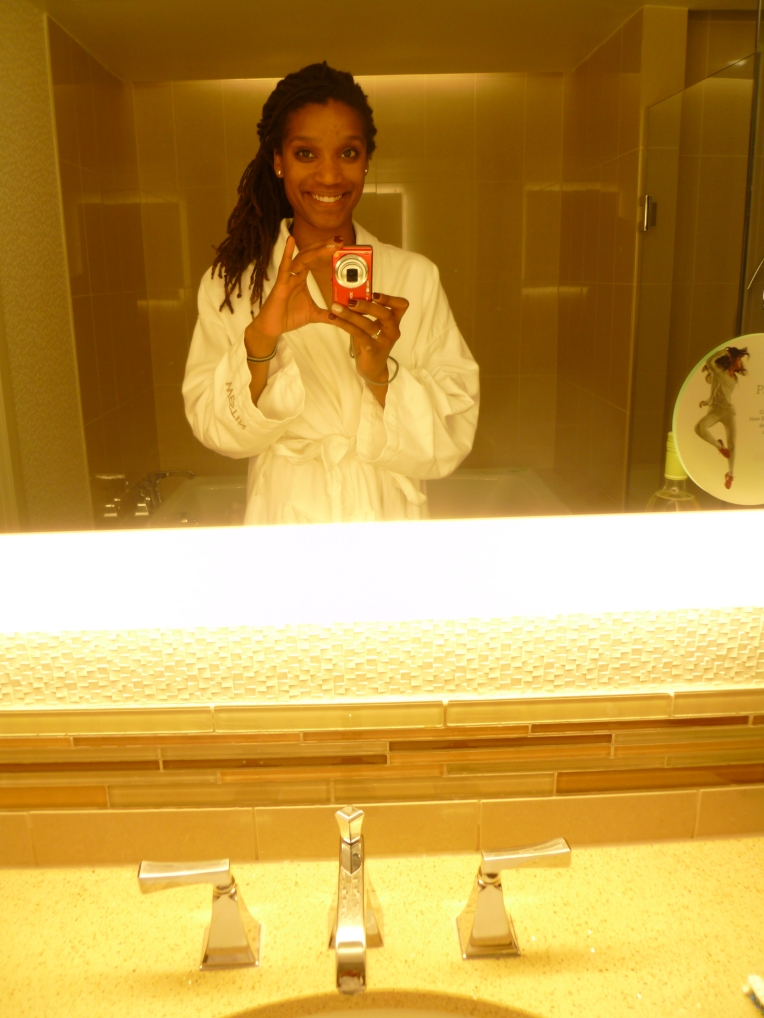 3. Best date you’ve ever been on?  Date number one with this guy 🙂 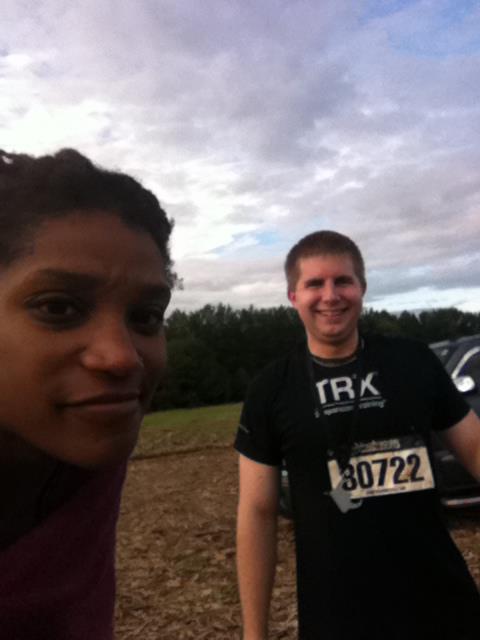 We went to the Rockford on Glenwood, and I was one smitten kitten about him.  We’re getting married in a few months, so something he said must have worked, right? 🙂

4. Best Movie(quality) you’ve seen?  Wolf of Wall Street was really awesome, but not for the faint of heart.  That movie was a little insane, but Leonardo?

5. Best TV show ending of all time? Sex and the City everything, and Breaking Bad.  Both left me totally wanting more.

Okay, so for you, what was your best birthday ever?

Once again, because mama loves to talk about herself, welcome to the Sunday Social, pull up a chair, move all the magazines off my coffee table, and look into my eyes. 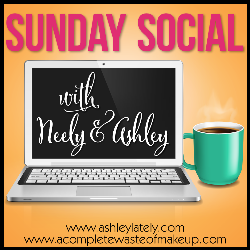 So follow Neely and Ashley, and here are this week’s questions! 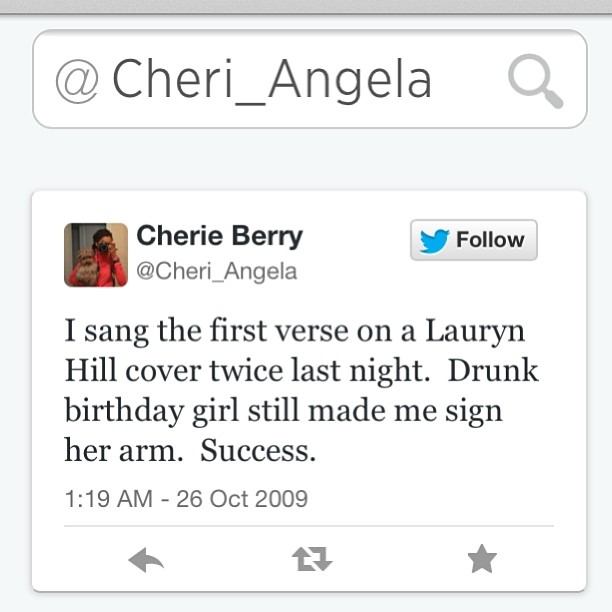 It took me back – when I joined Twitter, I was going through a nasty breakup, and began to find myself by performing in bars and things Downtown.  I don’t think my parents have seen me perform in a number of years though, and I wish they had.

Hm – I think any of my friends form Elon.  It’s cool to be able to keep up on the day-to-day when we’re all kind of spread out.

The reason why I joined Twitter was to follow @GavinDegraw and @Billy_Norris after I saw them in concert that month, and figure out where they were going when they were on tour.

That’s me and the sister, when we met Gavin, who was incredible live.  He also told me that we were pretty so you really can’t tell me nothing.

I chased this gentlemen from across a field, and he didn’t act scared and he signed my beer can.  He goes where Gavin DeGraw goes, and is very talented himself.

4. Have you ever had a celeb respond to a tweet?

I was reading Andy Cohen’s book, and there was a quote that had me laughing so hard that I was crying, so I tweeted him.  HE TWEETED ME BACK.  Proof.

6. Give us three tweeps we should be following.

Today’s coffee date is happening from the comfort of my living room because I wanted to clean and spend some time with the dogs before the week begins.  And instead of coffee, I’m drinking one of my guilty pleasures, Diet Mountain Dew today.  I know I’m sorry I’m the total health queen, but that is one really unhealthy pleasure that I indulge in once in a while.  OH WELL!

Okay, so let’s pretend that we’re on a coffee date together.  Here’s what I might tell you!

What are you up to today?