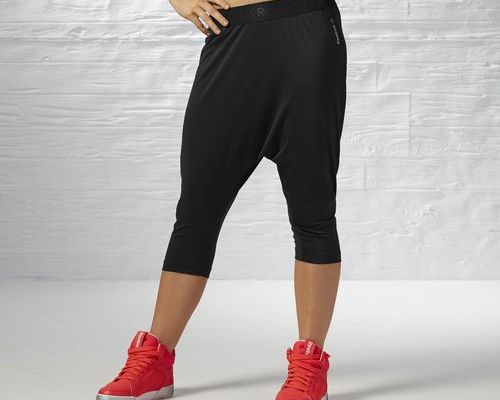 So I had a great question pop up in the comments a few days ago, and I thought that you guys could benefit from the answer!

Hi!
I’m a borderline overpronator with flat-ish feet. I’m not a runner, but I go for Zumba classes 3-5 days a week. I’m looking for new shoes to avoid the knee pain I seem to have after classes these days.
Would you recommend the transcend for Zumba I wonder? Or does it have too much traction for dance?
Thanks a ton!

First off, this is a great question, and I definitely encourage all of you guys, if you have questions for me, about anything, to ask. If I DON’T know the answer, lord knows I will try and do my best to find an answer for you!

And if you’re at all wondering what my qualifications are to even answer this kind of question, I have taught group fitness for almost 6 years now (eek), since January of 2010 officially with NC State, and I have worked for Fleet Feet Raleigh for a long time, where we are trained to assess and prescribe, so to speak, the best shoe for your most comfortable run.

But what do you wear if you find yourself teaching or taking a ton of classes in studios, like a Zumba, Cardio Dance, Step, or Kickboxing class?  A lot of folks tend to assume that you can just wear a running shoe for something like that, but that can be really tricky for two reasons.

So what’s a studio queen to do?

There are actually shoes designed for this specific thing. 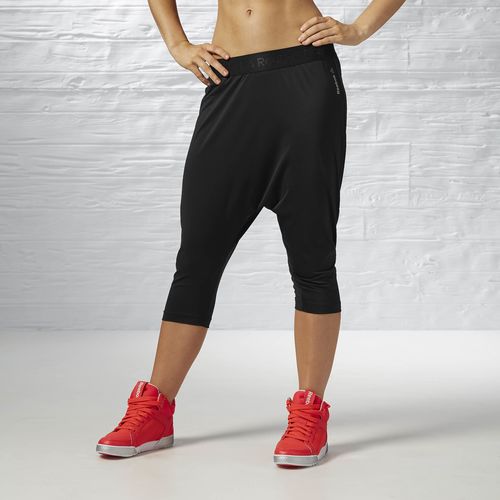 Both of these are available online – the first is a Reebok dance shoe, and the second a Ryka shoe.  I would link you to it buy Reebok and Ryka ain’t offered to pay me for it so I’m trusting you all to be able to find this without too much trouble.  But Reebok, Ryka, and sometimes Nike are the places I tend to head when searching for a good studio shoe.  The main difference between this shoe and a running shoe is that these are less grippy, hug your foot, and often feature a pivot point, a point right on the ball of the shoe that allows you to effectively pivot, cha-cha, mambo, or anything else.

Put any other shoe questions you may have in the comments!

So, before you read, 100% understand that I have been team Brooks for millions of years.  And by millions, I mean for about 2 years, which is as long as I have been working for Fleet Feet in some capacity.  Originally, I was fitted for the Brooks Adrenaline, which is pretty decent stability, but my “princess and the pea” hoof was not having that stability posting.  From there I tried the Glycerin 10 which is what I ran my first half marathon and my first marathon in, and moved to the Ghost for my shorter runs.  My poor rugby knee seemed to really really appreciate the cushioning. 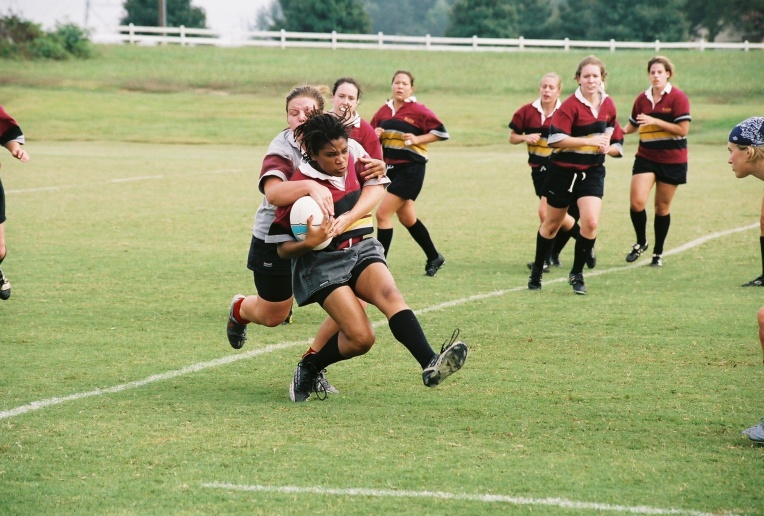 Okay so anyhoo, I actually called our Brooks Rep up on the phone, Chris, and had a really good chat with him about the Transcend, because honestly, I’m not sure I was getting the concept.

The Trance, which the Transcend replaced, was a pretty high stability shoe – felt like a dang dream on your foot, but had a really decent amount of stability in the shoe, so we “prescribed” the show sparingly.  Additionally, the steep price point would sometimes scare folks off who were, at the time, expecting to pay maybe $100.  (The shoe’s price soared to $150, and this was before that was pretty standard for a pair of high-cushioned stability shoes).

So anyhoo, Chris had great insight and great explanation for the way the shoe differed.

The shoe is still considered stability, but instead of there being a huge stability posting that your poor pronating foot slams into with each step, the shoe relies on “guide rail” technology that works to gently guide your foot into a more neutral position.  Still following?  The other big draw of the shoe is the cushioning, that Chris repeatedly described as “plush” but it’s referred to by Brooks as Super DNA, which is their original DNA cushioning, really beefed (or in this case), fluffed up.  Whereas the Glycerin or the Ghost felt a little more firm, a little more stable, the Transcend, out of the box feels straight up smooshy for lack of a better word.

Okay, onto the review! 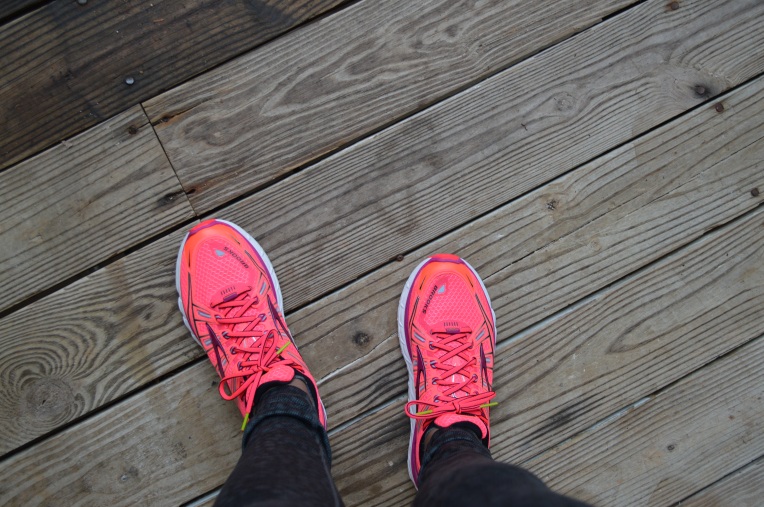 But, after an initial test-drive….

Overall, I liked the shoe, and I’m glad that working at the store, I was given first dibs on a pair of these shoes.  Had I not been so intrigued and wanted to try them, I may have just stuck in my old habits.  I’m interested to race in them and kind of see what we think in a race situation.

Anyone else tried this shoe?  What do you think?

[Full disclosure – FF Ral was seeded a few pairs, and I was a lucky FIT Specialist who got a pair.  But all opinions are strictly my own!]

I’m no stranger to the stress dream.

When I was in high school, I used to repeatedly dream that I was being attacked by dogs, and that my report card was straight Fs.

Once, in college I dreamt that my transcript was full of Fs and that I had run a bunch of red lights, which led me to wake up in a sweaty panic because my parents would take my car away had I ran all those red lights and gotten those tickets.

As of late, I still dream that all my teeth fall out, that I show up late to teach a class, and that I start my iPod and instead of Latin music, calming yoga music pipes through the speakers.

But the worst of all the stress dreams came after I got off the plane from Atlanta, and laid down for what was supposed to be an hour-long nap.  I was asleep instead for nearly 3 hours, and apparently worked through the entire REM cycle because the dream I had seemed to last forever, and it was completely, completely bananas.

In the dream:  I was running my usual, but by myself this time on Monday evening in a pair of Vibram 5-Fingers.  Pictured here for reference. 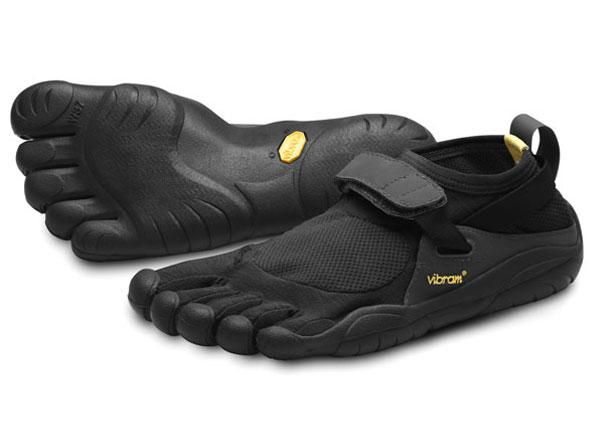 The terrain was more naturey than it usually is, and I was running through rivers and woods and over logs and all of that.  I was running, in the Vibrams and jumping tree branches and logs and all that.  All of a sudden, as I was running through the river, a fork that had been littered into the water goes into my toe, and punctures it deeply.  So for the remainder of the run, I’m crawling as my toe bleeds all over the place and I try to get folks to help me call 911. I woke up from that terrifying nap with a horrible pain in my toe, like I’d fallen asleep weird and somehow managed to cut circulation off to it – but no blood.  Yikes!

Do you ever have stress dreams?  Describe some of them!

I have gotten this question at least once a week from readers and customers combined.

For some unholy reason, folks have been washed into thinking that black toenails, or toenails that fall off are just a part of life when you’re running a marathon.  Or a half.  Or in some freaky cases, every time you do a long run.

So let’s put this thing in reverse.  When is it normal for your toenails to fall off?  The first answer is never.  Second, if you’ve ever slammed your toe in a door, or had it run over by some sort of vehicle before, usually the toenail that takes the biggest impact will turn black and eventually fall off.  It sounds hideous because it actually is.

So why would it make any sense that this should happen when you’re running long distances?

If you’re running in a shoe that’s too small, and a LOT of you are unwittingly doing just that, you may feel fine for a 3, 4, or even 5 mile run.  But do much more than that, and your feet, which will naturally swell as you pound them for miles and miles (increased blood flow to that extremity), will cause the toenail of the longest toe to start hitting the end of that shoe.  It sometimes will start as a toenail just getting a little sore.  And in a longer run situation, say a half-marathon, the toenail, which has repeatedly been slammed into the end of the shoe, will sometimes turn black, and fall off.  I’ve seen it happen to more than one toe, as well.

Bottom line, a lot of you are wearing shoes that are too small, and running around and thinking that it’s normal for your feet to have no breathing room.

The solution?  Next time you’re in for a shoe fitting, or next time you’re in a store with a Brannock device, (one of the foot measurey things), measure your foot.  That is your dress shoe size.  So for driving shoes, heels, wedges, and flats, you may wear that size because you’re not going to run a marathon in a pair of leopard ballet flats.  Then go up a half to a full size for your running shoes.  The way to measure if you’ve done it right?  Strap those running shoes on, and sitting in a chair, firmly tap your heels on the ground.  Then, stand up, bend over, and SHAKE DAT THANG.  Nope, kidding.  Bend over, and feel how much space there is between your longest toe and the end of your shoe.  You should have a thumb to half a thumbs width, and you should be able to easily curl your toes over with no difficulty.  Finally, don’t be dumb and get a shoe that’s like 8 sizes too huge here.  If you’re sloshing all over, the shoe is too large, and you need to reel it in.

So the final answer?  It is not normal for you to be getting sore black toenails after a long run or a race, and if you are, it’s time to reevaluate what the heck you’re wearing on your feet.