Austin and I have been married for a year.

One beautiful, whirlwind of a year.

The year Austin and I started dating, I was working at camp in Pennsylvania.  One of the kids named Brenda told me she was going to read my palm.  I don’t really believe in that stuff.  Or I say I don’t.  It scares me a little bit.

Brenda looked at me.

“People tell you you have a ton of energy right?  They don’t know how you do what you do.  Your job is gonna be like that.”

I assumed she was talking about me teaching fitness classes.  That one was pretty self-explanatory.  I mean, she had probably heard that around camp, right?

“You’re dating someone right?  You don’t really like him.”

Ok.  I wasn’t sure how she knew that.  But she was right.  I was dating someone.  And it wasn’t really going well.  I think he sort of liked having me around.  But it was mostly a waste of time.  He would stand me up, drank a lot, and told me once that he would like to “have sex with a Latina.”  [Disclaimer: I would NEVER fetishize a group that way, those were actually his exact words.]

A month or two later, I found myself out with the campus rec crew.  We drank a ton.  I ended up seeing an ex that night.  But somehow, Austin and I forged a friendship, and what began as a few beer dates where we would talk, started to turn into something more.

“Would you date a white guy,” he asked one night.

One date.  Then another.  Then another.  And almost 5 years later, we were cutting a teeny white cake on a table in Asheville, laughing, rapping, and wondering where a year of marriage had gone.

I don’t know what to say except this.  If you have found the person you’re going to marry and you’re considering it?  Go for it.  Jump in with both feet, be honest, and enjoy the gift that is marriage.

I’m certainly not one to preach, but God, the Universe, my father and my brother (who taught me what a real man should be) gave me an incredible gift in this marriage.

Happy one year to us. 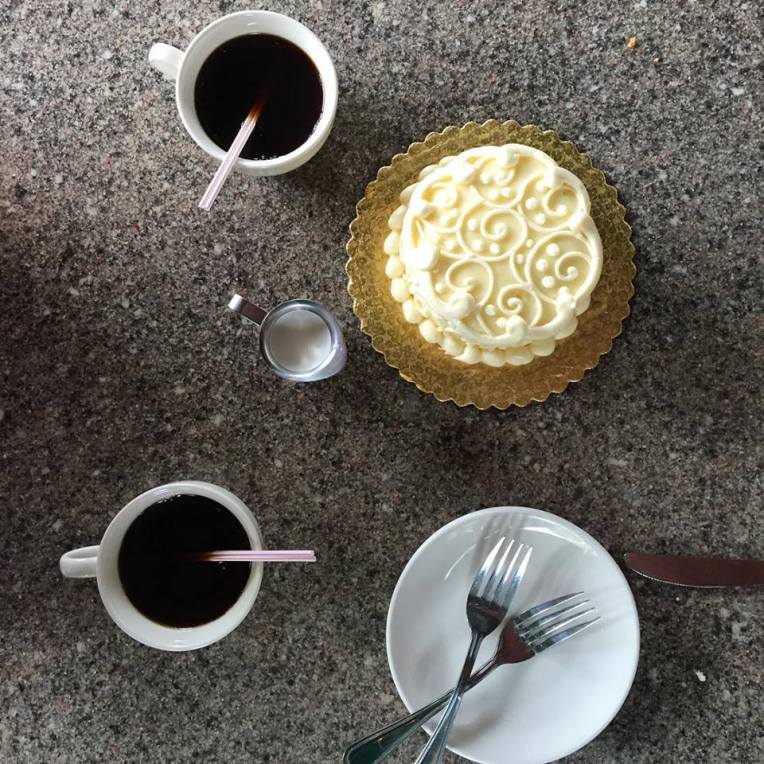 8 thoughts on “One Year”