I ran my first marathon 2 ish years ago in Virginia Beach on a cold, rather blustery day.  I know what my experience was like, but much like childbirth, you sort of forgot what the actual day is like, and you romanticize the idea of a marathon, only remembering the feeling of crossing the finish line and smiling a lot for pictures while you hold up your medal.  Or, as it were in my case, bawling like a baby whilst your husband snapped pictures of your blotchy face.

I thought it was important to talk about Rock ‘n’ Roll through the eyes of someone who’d just done it, and had just done it for the first time.  So without any further blathering on, here is my amazing friend, Liz!

Liz caught my attention during her audition.  She was really cute, fearless, and admitted to fully appreciating Nicole Richie at the audition.  I was hooked then! 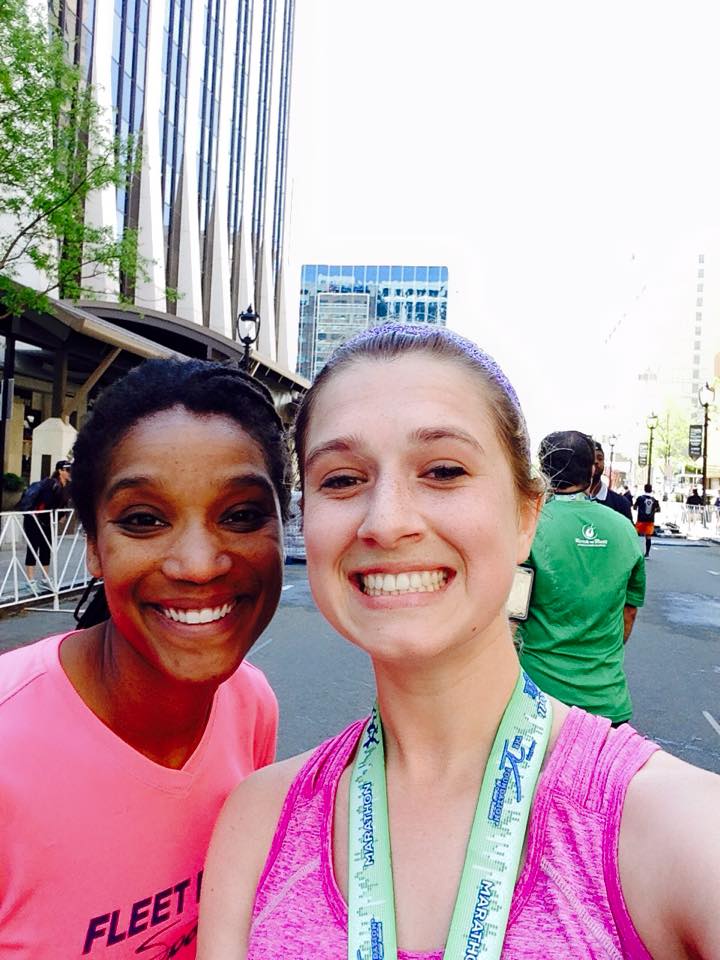 And that’s it! An extremely well-prepared marathon first-timer!

How was your first race (ever)?