I kind of feel weird about this.

But I didn’t really get the Jonas thing growing up, which is really funny for me, because I freely admit that I have a lot of love for talented teeny boppers.

Ariana, Justin Bieber, and I even dabble in the dark art of the One Direction.

I don’t care if it’s a kid, if the kid is talented, there is a really good chance I will thoroughly enjoy his or her talent.

Which brings me to this.

So Nick Jonas made some waves when he posed for some delightfully NSFW photos. So I’m doing my usual rundown of what’s going on in pop culture, and I stumble across this treasure trove of Nick Jonas photos… 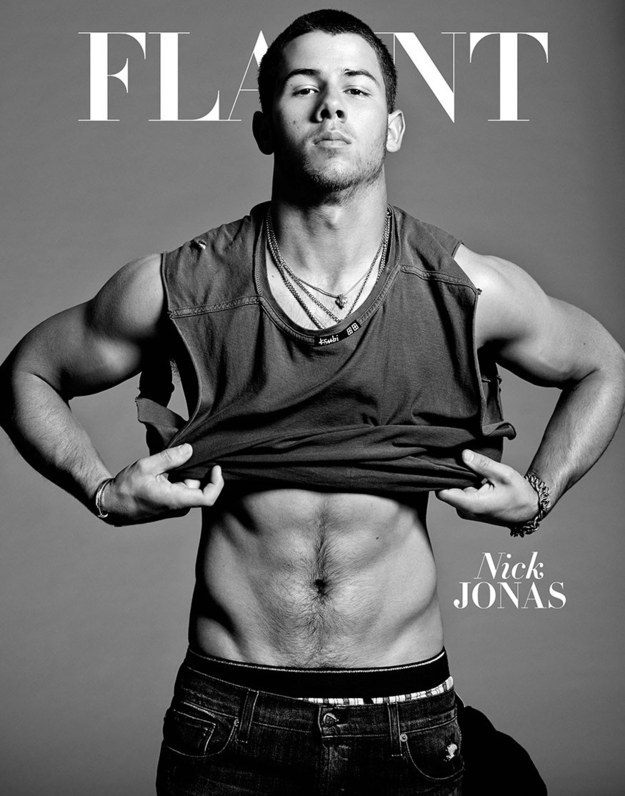 Now, this is one of the safer photos, but fear not, if you haven’t seen these photos, just click through, and I have conveniently linked you to those photos.  If you’re not faint of heart, scroll all the way down, and put a smile on your face.

So I was really confused because I never got down with the JoBros that much, and I can’t really remember which one dated Demi Lovato, or if I’m supposed to still be mad at him or not.

(Fear not, because it was Joe, not Nick who Demi dated, and she is apparently over it because she was touring with Nick, and I think he played drums on Made in the USA)

So, I’m going along really confused.  Nick looks awesome in these photos, he’s diabetic, and for whatever reason, that makes him all the more adorable to me, and then he goes and does this…

Well, if this isn’t your scene as much there’s a gospel version that’s actually not silly…

And I just feel so confused. I have so many questions. When did Nick Jonas get cute? When did he get muscular? Why was I not alerted to this before?

At any rate, go listen to Jealous, and add it to your workout playlist.  You will thank me!

What’s the last song you added to your workout playlist?