Good morning!  I’m so sorry for my silence yesterday, but I had to buckle down and get the wedding invites finished.  They are done, they look beautiful, and I’m sending them to work with Austin tomorrow so they can just be DONE and out of my face.

And then, I will just focus on getting as much stuff done as possible until the RSVPs start rolling in.

But I realized today that I am getting married next month and I cannot wait.  I am so ready to see all my friends and family, and most importantly, be married and get my swirl on with my man.  So pumped! Eep!

Okay, so on Monday, I told you guys that my achilles was sort of bugging me, so I embarked on some pool running, which was actually really cool, despite the fact that it looks so so dorky.  It feels like it paid off, because I was able to teach my Zumba class at Aradia on Tuesday, and then I woke up early Wednesday morning, and hit up the treadmill for a pre-work run.  The tendon feels great, and I think I will just stay off the trails for the next few days while I let it decide what it’s going to do.

So, I was running around, getting ready to go to work two mornings ago, and I kind of thought that my car was being lazy as it was cranking up.  It sort of coughed, but it started, and I thought nothing of it.

Later that day, just before the World Cup game (ugh, don’t wanna talk about it,) I went to start my car up, and the battery was dead. 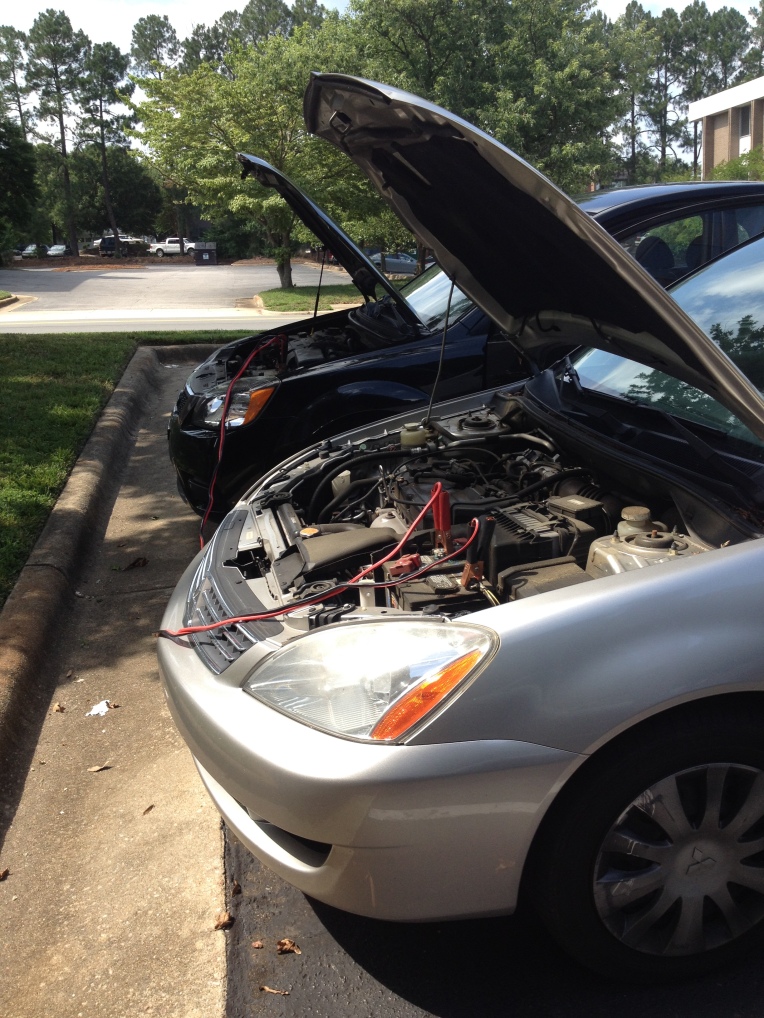 So there I am, on the day that felt like a million degrees, bumming a charge off my boss.  Yikes.

So today, I made sure I got the workout in early, headed to the most unfun store ever (Advance Auto Parts), unfun because there aren’t any fun magazines there or good candy, and I bought a new battery, and the ever-handy hubby-to-be replaced it.

But my battery is replaced, I ran today and didn’t die of heat stroke, invites are on their way, and I am delightfully sore.  Life is good 🙂

What are you doing for the 4th of July?