So I gave you guys the little teaser yesterday.  In case you like, forgot or didn’t read it or something I provided that awesome linky for you to review.

But we swapped everything all around Valentine’s Day weekend.  Since Lake Street Dive was recently on Colbert Report, and had blown up, the tickets were super sold out, so a lot of my snowy week was spent begging for tickets on the internet, which I found, 4:00 pm the day of the show.  So hubby and I headed down to Carrboro, the land of the super-cool and laid back hippies, parked, and headed in for the show.

First, we passed by the Fleet Feet Sports there, and I chatted for a little while with the guy who was closing up the store.

Very pretty store!  And we headed in for a sold out show. 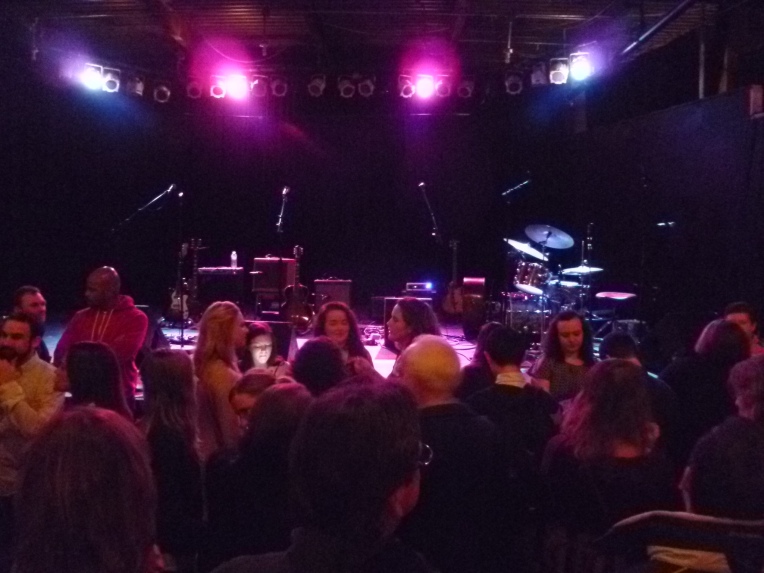 We were right up at the front, and it was a super, super sold-out show.  Also, side note.  It is a CARDINAL SIN to try and push your way to the front of a general admission show when you came in late.  Don’t do it or I will say something to you.  So serious.

The opening act was awesome, and they were super sweet.  Here’s Miss Tess… 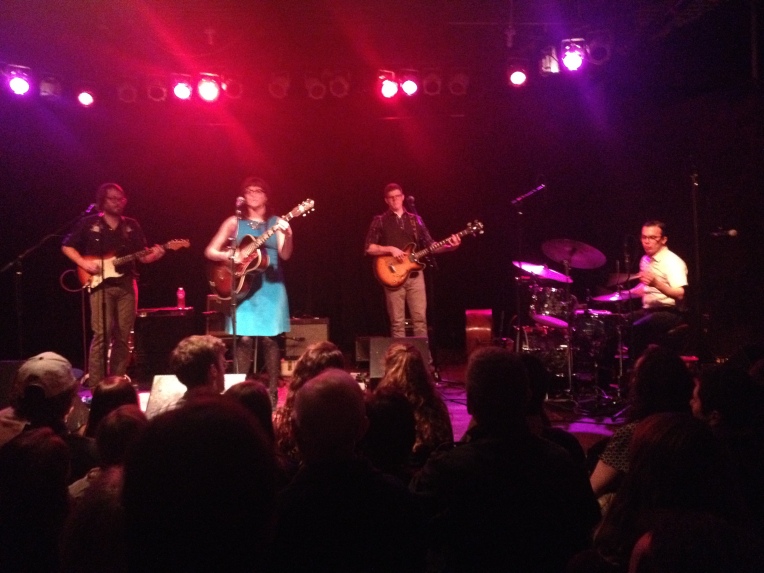 Who looked like they stepped right out of the ’50s.  Here’s me and the drummer after.

Sweet guy, and we gave him some suggestions on where he could eat in Asheville, where he was headed the next day. 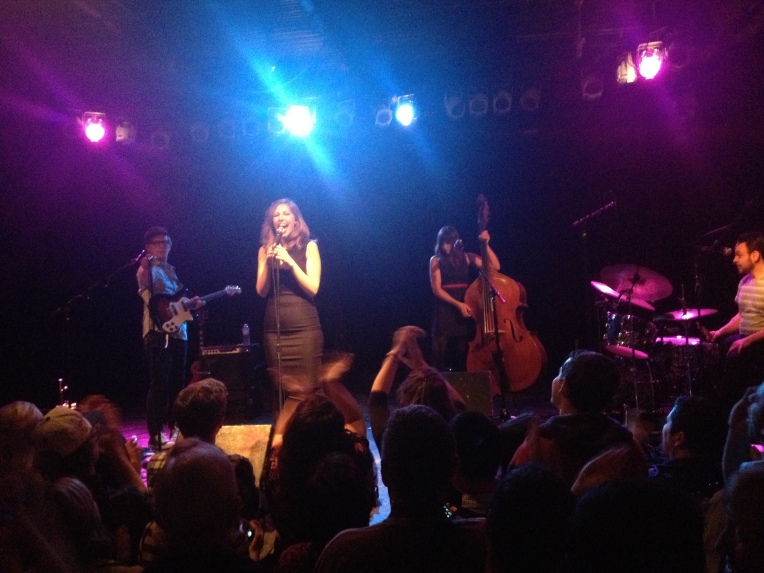 The show was awesome.  Rachael Price, lead singer, has a voice that’s like butter, and really really refreshing to hear.

And the best moment of the night? 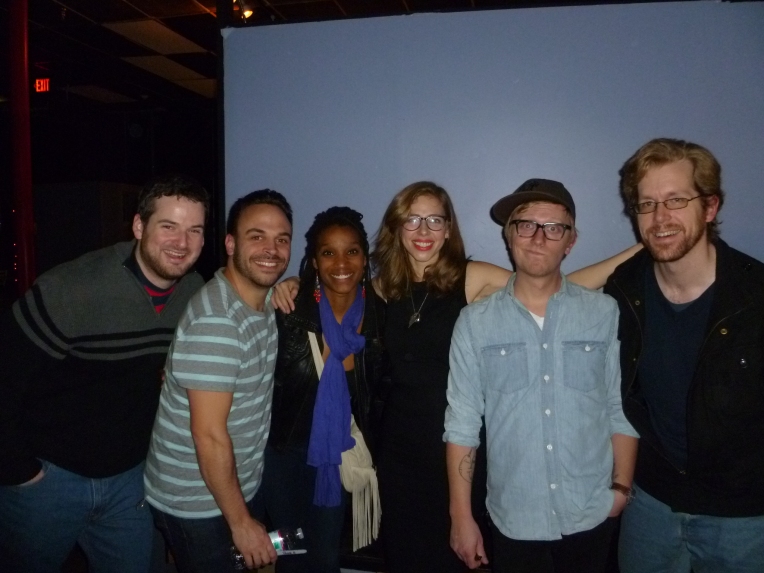 When me and my Elon University Jazz professor got to meet Lake Street Dive!  Can you tell from the photo how excited I am?!

Ugh.  I cannot tell you how freaking excited I was.

But the show was awesome, I wish I could have taken you guys out there with me 🙂

And finally, we headed to the Irregardless Café in Raleigh on Saturday for our Valentine’s Day date.  I forgot to take a pic for you guys until I’d eaten all the veggies, but this is the vegan shepards pie.  Super tasty, and Austin bought us a lot of Prosecco to split.  It was really romantic because we got to dance with all the old people to real music.  Two nights in a row of good music!  How did I get so so lucky?

So I really hope your V-Day weekend was great, and single or taken, I’d love to hear about what you did!  How was your Valentine’s Day Weekend?