I knew I had to run 13ish tomorrow, but the boys, including the dear fiancé, the almond milk to my latté, were out celebrating a bachelor party. No problem. I stayed in. Munched on some treats. Slept. Applied for a game show (yep). Napped on the couch some more. Checked my bank account (yeesh). And did all the weird stuff you do when your boys are out.

Just before 2am, I get the call, please come pick us up. Great, no problem, better safe than Lohan, and I was more than happy to do it, as long as the boys got home safely.

Here’s where stuff just starts to get wild.

We’re driving down Glenwood, and we see a guy laying in the street, presumably drunk. We pull the party bus, Mitsubishi Lancer Armstrong over, and begin to investigate where the heck this guy is from, who he’s with and all that good stuff.

I pulled out his iPhone, as he is comfortably now napping on the porch of a vacant house. I call “Jill”, whom I find out just met him at the bar, and who doesn’t really know him. I call “Hendrix”. I look at his texts for clues. Earlier that evening he was “dancing with some hoochies” in case you were curious. So between me and Austin, we locate his friends, who are slightly more coherent than our friend, Christian, who doesn’t know where he’s staying, is, but only by a hair. The friends roll up, but not before starting fights with every passer-by who looks at them crookedly, and I hear dear Austin, repeatedly tell them to calm down.

The friends are here! We’re almost off the hook! But Christian is asleep on the porch. So what does any logically-thinking human being do? If you thought “gently wakes his friend up,” you guessed wrong. “James,” the upstanding young gentleman in the mandarin shorts, snaps a picture of his friend for Instagram, pulls out his junk, and begins to *ahem* relieve himself on the lawn of the home Christian is laying on. Austin orders him to put it away and “act sober,” to which James threatens to “kick the ass” of the folks he fought with earlier. I get to work waking Christian up, and Hendrix, who smells distinctly of beer and “hoochies” helps me get Christian up. And just as quickly as this bizarre drunky monkey wanders into our lives, they disappear down the hill without so much as a thanks. 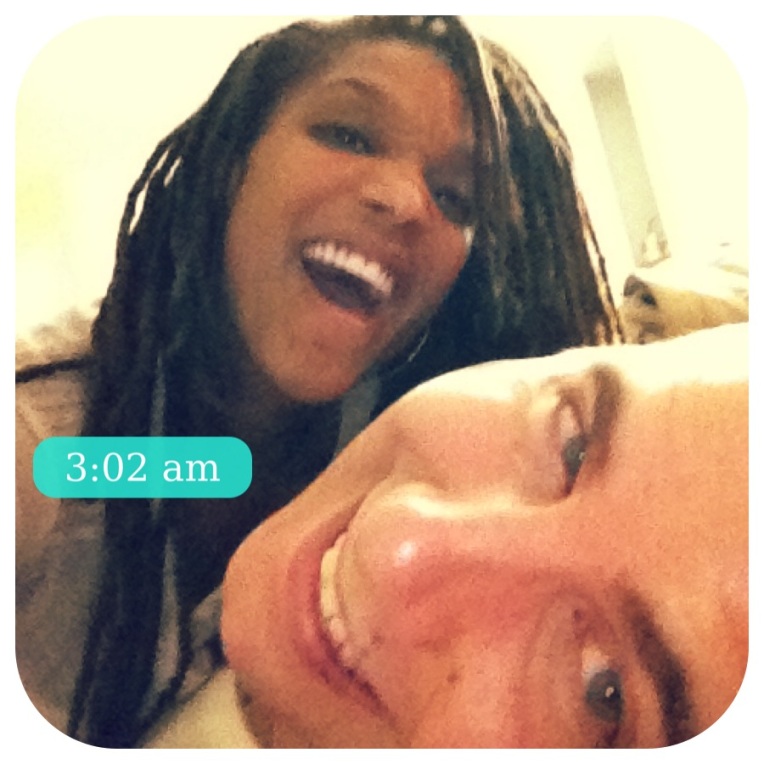 “We did the right thing, babe.”

And I snapped a pic so we’d never forget the night Christian from Fayetteville nap-danced into our lives.