So I have had two, grown up, adult heartbreaks in my life.  Both times, I thought I was in love, and both times, when it ended, I honestly felt crushed, and felt like I would not be involved in a relationship again.  But with some time, some self-love, and a few dates with this guy… 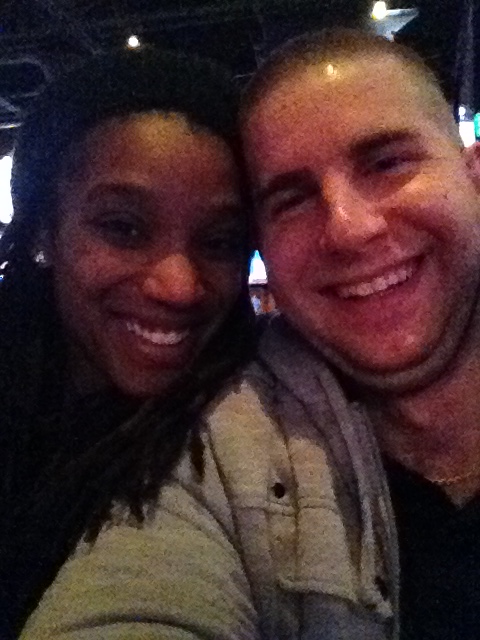 I am better than new (if you’re new, we’re getting married in August.)

But breakups are so shitty (sorry Mom), I’d like to help anyone who is going through one to not suffer the way I did.  So if any of you out there are going through a breakup, allow me to advise: it is GOING to suck, and probably for a while.  It’s imperative to do healthy things for you.  So more yoga, more salads, and less drinking.

Best Thing I Never Had – Beyoncé

She’s gorgeous in this video, and singing along to this will at least make you feel like the other person is losing out 🙂  Doesn’t have to be true, but it’s allowed to feel like it.

“Go on, go on and break my heart, I’ll be okay, I’m fearless, you better believe I’m fearless, fearless.”  She’s getting broken up with.  Inviting it even.  And knows she’s gonna be okay.  Damn girl!

I’m Not Missing You – Stacie Orrico

She used to be a Christian singer.  She has a really cute mole.  And I listened to this song no less than 10,000 times after I broke up with this guy like my junior year in college.  I didn’t even realize how much I’d listened to it til iTunes calculated my Top 25 Most Played, and I saw that Stacie was number one, until this lady came along…

Every Time You Lie – Demi Lovato

My first year in grad school.  I moved to Raleigh for a boyfriend, and poof, as soon as I got here the relationship had dissolved.  But my relationship with Demi flourished!

“So since I’m not your everything, how about I be nothing, nothing at all to you.”  I actually tear up during the live version of this song.

This song actually brought me to tears once after my first real breakup.  I was up really really late one night, and watching music videos on MTV, and this came on.  She’s begging for it, and he doesn’t get it.  Colbie, guy’s a douche.

The One That Got Away – Katy Perry

This video.  You will cry.  And that is all.

So what have been your go-to breakup songs?  And don’t worry, we’re not all doom and gloom here, I will be posting later this week on my favorite luv songs ❤

8 thoughts on “The Breakup Playlist”