Last week after a Zumba party… 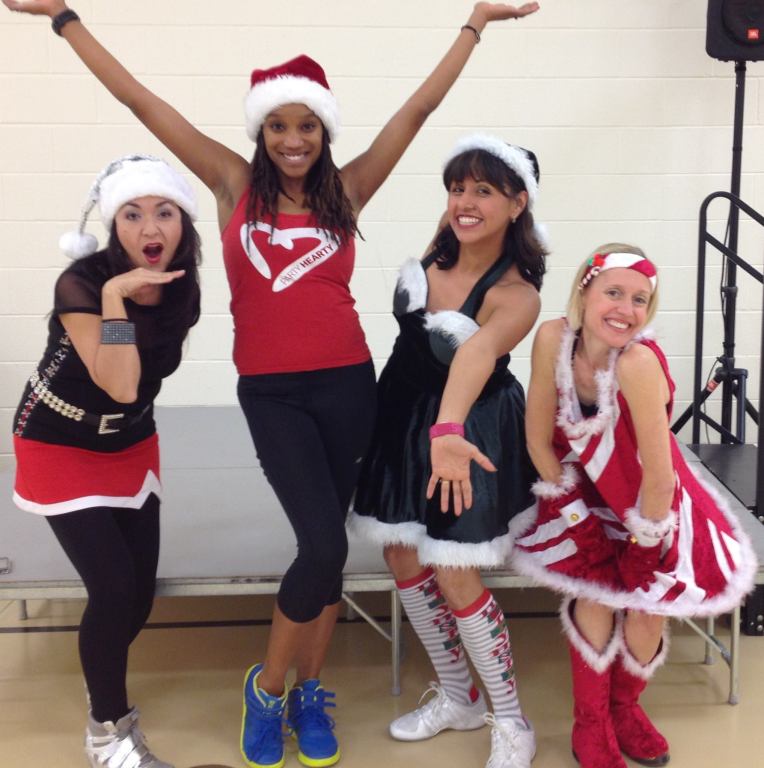 …I decided in order to keep up with my streak (more on that later), I needed to run, even though it was after 10pm.  But I didn’t want to miss my mile, my honey was gone for the weekend, and I was feeling antsy. So still wearing my Santa hat from the party, I drove to my old condo, which is in a super populated, well-lit area, don’t worry.  I parked my car, hid my keys somewhere in the car, and closed the door.  When I went to test the door to make sure it was still unlocked, I found, much to my immediate horror, that I had locked the door with my keys inside.

I called AAA from my phone, which I’d thankfully not locked in the car, and since in my experience, AAA takes years to get to you to unlock your car, I decided to go for my run, since it was also about 40 degrees out, and I wasn’t necessarily interested in freezing as I waited.  So down the road I went in my purple Moving Comfort jacket and Santa hat.  I’m sure I got a lot of strange looks.

Murphy’s Law must have been at work, because not a half-mile down the road, I got a call, which I answered mid-run from the tow-truck driver.

And in the fastest lockout time in history, I arrived back to my car to the tow truck driver waiting on me.  So I jogged up, and explained to her why I was jogging around downtown at night with a Santa hat on. 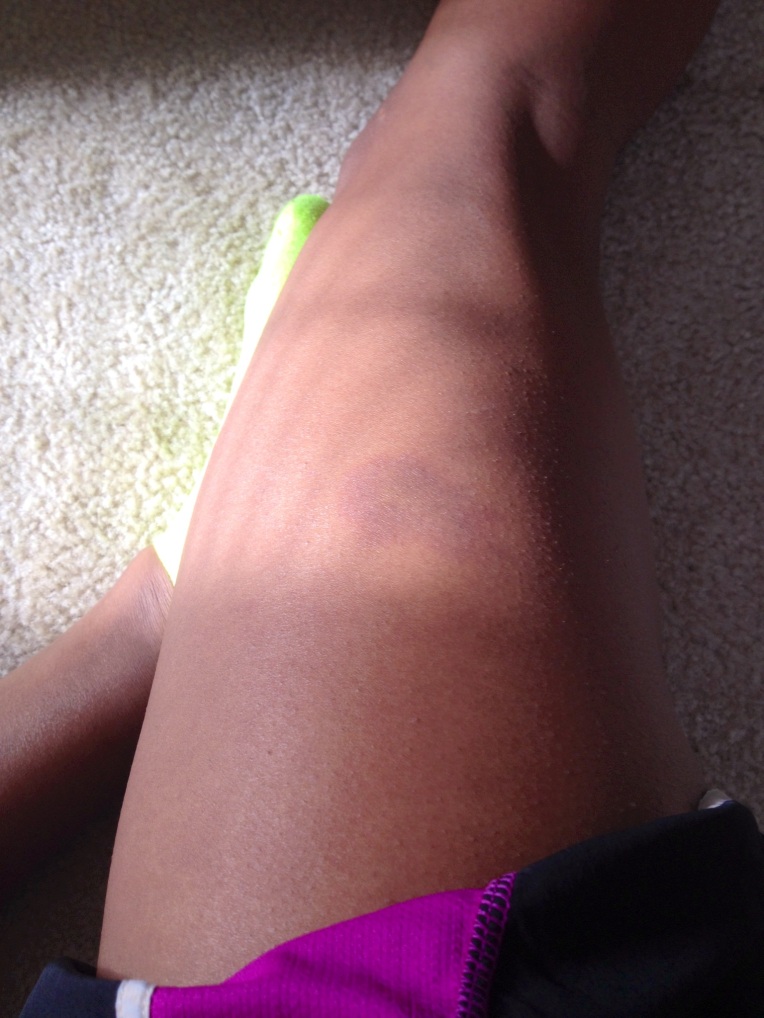 Now, in completely different news, I discovered this bruise the other night on my thigh, and I cannot, for the life of me, remember how or when I could have whacked myself so hard that me, being the dark-skinned girl that I am, could bruise like this. My forgetfulness at its finest…