I think today actually feels like the first day of fall I’ve felt since fall started almost a month ago.  I write to you from my apartment, zipped into a jacket, toes freezing, with that weird burny smell coming from the heat because I’ve barely used it yet.

Today, I participated in the Bull City Race Fest, Endurance Magazine’s race festival.  It was a fun way to get in a few miles in before next week’s 26.2 (eek) which looms at just about 5 days away now.

I was terrified.  I haven’t raced since the spring, and even though this was a 5-miler, nothing scary, and nothing I haven’ t done before, but getting back into it felt kind of like I was running a first race all over again. 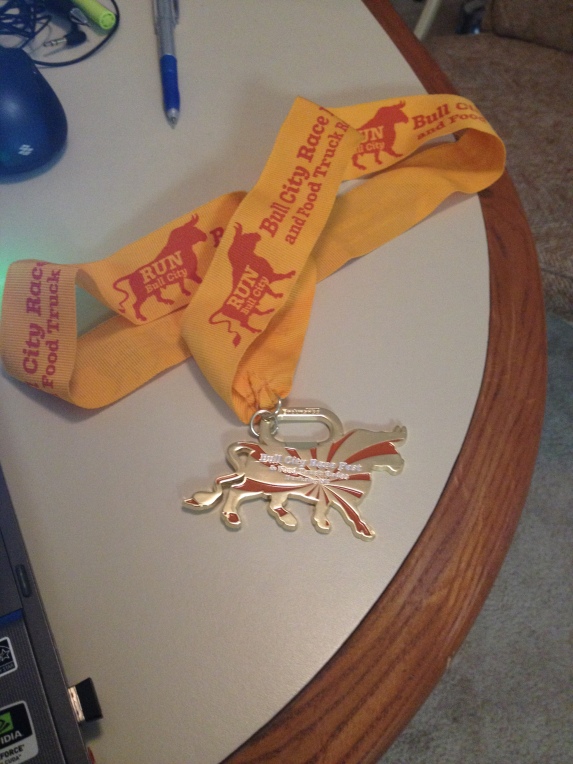 The race featured a 1-miler, a 5-miler, and a 13.1, all winding through Durham, about 25 minutes from where I live in Raleigh.

And unrelated, it was good to see a ton of friends at the race from Raleigh and Durham, and I felt super lucky to run into some coworkers, one of whom won the whole dang thing, and two of whom were running their first half-marathons. How cool to witness that experience for someone else!