Let me start this off by saying that I feel absolutely ageless. I’m 26 years old, and I don’t feel a day over 27.

Jk, but I think between the working out, and spending most of my summers with high schoolers, I’m kind of a young spirit.

But there’s something going on inside of me that indicates that I’m getting a little hold.

So, when I was training for my first marathon over a year ago, the Shamrock Marathon in VA Beach, I started “reading” books on tape, especially during my long runs when my partner, Jenny, couldn’t make it.  During that time I tried to read some crappy book that my religion professor told me was good, I read Kathy Griffins memoir, and I read Tina Fey’s Memoir.  All awesome.  Like, falling-off-the-sidewalk-laughing-so-hard funny.  Kathy Griffin surprisingly isn’t all piss and wind the way she makes herself out to be, she actually had some pretty sketchy things happen in her immediate family, suffered with binge eating, and suffered with a terrible end to a marriage.  Tina Fey is perfect so…

So anyways, now that I’m not really training for much, I’m kind of in my groove where I run anywhere between 3-however many miles a day, and I discovered the best thing ever to help pass the time.  I found comedians on Spotify.

Now, I LOVE a good comedian or comedienne.

My faves are obviously Tina, Chris Rock, and Kathy Griffin.  (I can’t sand Chelsea Lately cause I think she’s not funny and really racist, and I hate that she has that little person running around her show like he’s some kinda of novelty item when he’s a human being.)  But as I was listening to a Chris Rock album from about 2005, I could not help but be a little uncomfortable in response to some of the ubiquitous swearing.

Trust me, I can swear with the best of them.  But my speech, in general, is not peppered with offensive words because I don’t want to sound like a dumb dirty idiot.

The older I get, the more offended I find myself getting with profanity, especially ubiquitous profanity just thrown in there for shits and giggles.

I kid.  But anyone else starting to feel this way?

I have a very visceral reaction to music.  The first time I ever heard Waka Waka by Shakira, I welled up and got all teary.  I think I was also going through a breakup and  I also get like hyper-emotional when I work out, so it may just be that but whatevs.

The other day, I was riding to dinner with the husband-to-be and one of those cheesy countdowns of the top 5 songs was on.  I typically only listen to the Beyoncé CD in my car, most specifically Yoncé/Partition, but I decided that Queen Bey could use a break.

I heard this song. 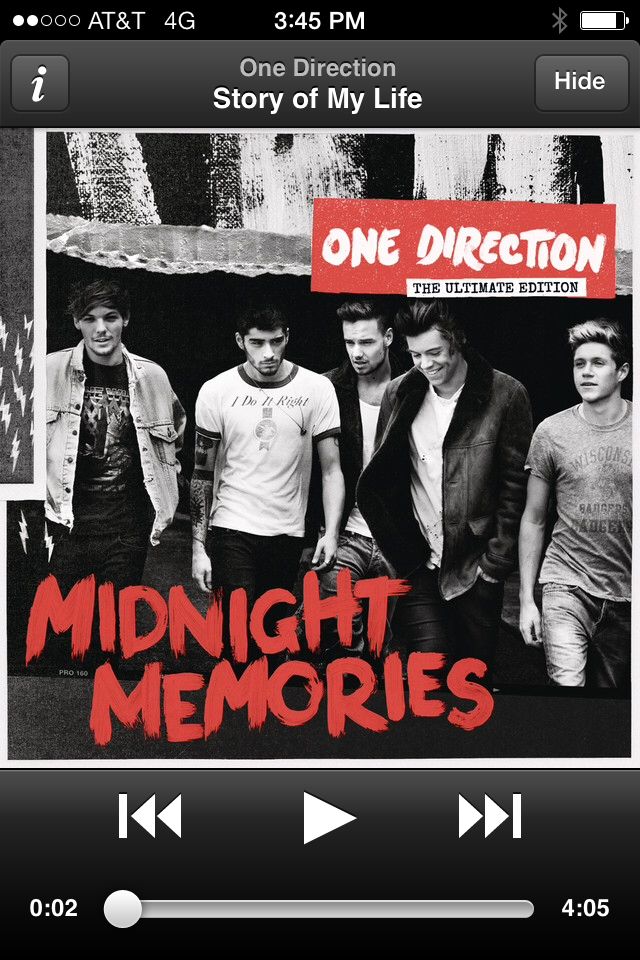 And I kind of started feeling weepy.  I make no bones about the fact that I am  shit 26 years old, and a full-fledged Directioner (Zayn is the best, and the movie was hilarious and fantastic).

This song was immediately added to my running playlist, no questions asked.

Now here’s my question for you.

What song have you recently added to your running/workout playlist?