Once again, I’m writing from somewhere over Texas.  I’ll set the scene for you.  I’m sitting…in a plane….legs are really squished…and I’m kind of hoping that my husband remembers to let my poodle out.

Speaking of poodles, this dog is not a morning dog…I found her like this, head buried, when I got up pretty early a few mornings ago to get some laundry done before work.  I called her to come get her food, and this was her response.  Kind of ignoring me, and kind of trying to preserve heat with what little body fat she has going on. 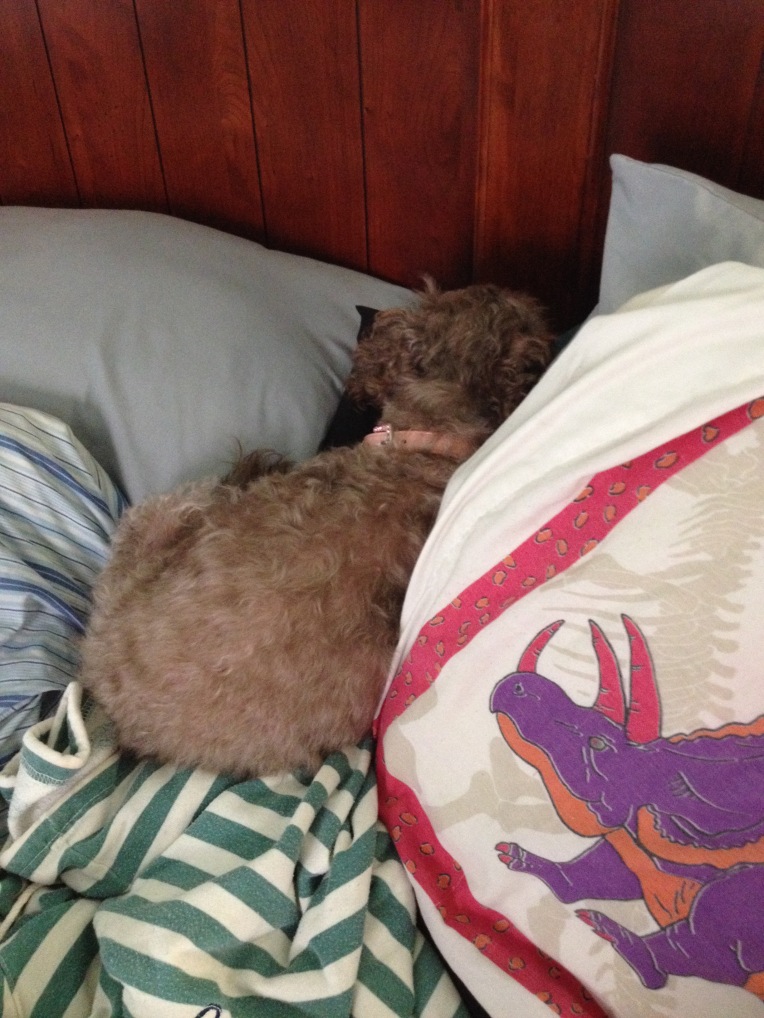 So I’m actually so blind.  Thanks to some excellent eyeball genes from my mother, I’ve been rocking the spectacles since about fourth grade.  It’s a little inconvenient, since I’m so active, to ever really wear glasses, but a lot of times in the spring and in the fall, when my allergies are really acting up, I don’t have a lot of choice.  It’s always really fun, when I wear my glasses to work and stuff, and people are like “You wear glasses?” they think they’re fakes, until they do that annoying thing where they make you take your glasses off and guess how many fingers you’re holding up.  Spoiler alert: I never know, because I can’t see anything more than like, six inches in front of my face.

So, I went for my annual eye appointment, and since the place I go is downtown, I had to pay to park.  I fed the meter, did the whole shebang, and once I was all done with my appointment, I went outside, to find that I’d gotten myself a parking ticket for my meter being 7 minutes expired.

Now, I take full responsibility for this ticket.  I’m not one to sit here and curse out the guy doing his job when I was clearly parked somewhere I shouldn’t have been, but this got me thinking – how could cities make parking tickets more fun?  Like, is there a way to make me less irritated that I have to spend $20 because of my own stupidity?

So here are a few suggestions to make a parking ticket fun:

Just a few suggestion to brighten that ticket up!  What’s the last ticket you got?